Digital: ABVCAP Congress 2011: institution launches a database and debates on perspectives for the sector 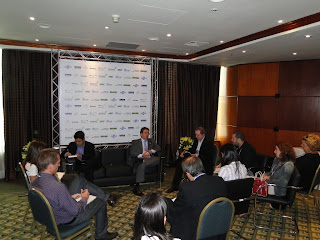 ABVCAP (Brazilian Association of Private Equity & Venture Capital) promoted the yearly Congress to debate sector perspectives on the theme: “Brazil in the Sustainable Growth Route – It is Time for Long-Term Investments”, on the 11th and 12th of April 2011. Sidney Chameh, ABVCAP President, announced the creation of a database on Private Equity for the institution, which will have a strict information security and confidentiality structure. “The ABVCAP data system will be complex, demanding a valid and detailed data entry”, he explained.